Historically Black Colleges and Universities (HBCUs) are institutions of higher education in the United States that were established before 1964 with the intention of primarily serving the African American community. They have always allowed admission to students of all races. Most were created in the aftermath of the American Civil War and are in the former slave states, although a few notable exceptions exist. There are 107 HBCUs in the United States, including public and private institutions, community and four-year institutions, medical and law schools. 102 HBCUs are affiliated to the HBCU Summit. 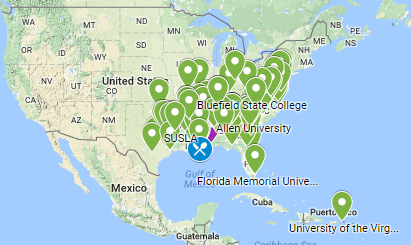