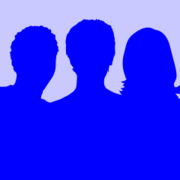 Hi, Everyone: We do have some new members this year, so it will be good to get to know each other better.  Please respond to this discussion post and introduce yourself and tell us a little about…Continue

Here is a discussion forum where you can share materials that could be used in the Sociology Portal.  This will help Lynn decide what things to include.Continue

Hi, Everyone:On today's call we discussed what the reactions are to everything on the spreadsheets.  We discussed adding several new categories:  Social Problems, Self and Society, and Social…Continue

Comment by Tom Sparhawk on January 27, 2010 at 11:19am
Went to the University of Amsterdam's site and looked attheir list of subjects (http://www.sociosite.net/topics/) as a way to start coming up with a taxonomy. With 172 subjects probably a bit too narrowly defined.

I would think the best approach is to go with general topics (theory, Institutions, Speciality areas, methods, etc.) then have subheadings within each as more materials become available. I assume this is possible anyhow.

As a starting point I would suggest we look at, as was suggested, the chapters in an introductory text. Here are the 21 chapters in the text I'm using:

Perhaps we need to assess exactly what people will be looking for when they come to Merlot.

I will also look at the ASA site.

Comment by Lynn Ritchey on January 27, 2010 at 12:31pm
Here are the ASA Sections:
Aging and the Life Course
Alcohol, Drugs, and Tobacco
Animals and Society
Asia and Asian America
Body and Embodiment

Comment by Cathy Swift on January 27, 2010 at 12:31pm
Good comments, Lynn and Tom. We like to start with about ten as the major sub-headings. Then, as the need arises, we can add other sub-sub headings. Of course, that then means that they have to be moved.

Comment by Tom Sparhawk on January 27, 2010 at 2:02pm
I think Lynn's five part suggestion is a good starting point. Let's see if we can fit the existing materials into those categories and maybe something else will suggest itself.

How should we break up the existing stuff?

Comment by Cathy Swift on January 27, 2010 at 2:07pm
Can't break up the "existing stuff" until we have buy-in from all the members of the Taskforce regarding the sub-categories. That's "Job 1" as they used to say when I worked at Ford. Top priority.

Comment by Tom Sparhawk on January 27, 2010 at 3:20pm
Sorry - I meant to break it up for review to see what categories they might fit into, or what other categories may be needed. I've looked at some of the material and while some fits neatly into the five groupings, other are more... problematic.

Comment by Lois Easterday on January 28, 2010 at 9:17am
I like Lynn's five big topics, but I think 10 or 12 is probably a better number. I do think we also have allow room for other topics that aren't necessarily covered in introductory sociology. Maybe those five plus topics like globalization, social problems, popular culture.

Comment by Lynn Ritchey on January 28, 2010 at 9:45am
May have the first 4 areas and then expand to:
How about:
Perspectives: Theoretical
Methodology
Foundations of Society -- Social Structure, Social Interaction, Social Order
Deviance/Social Control
Institutions
Inequalities
Social Change
Population and Urbanization
Global

That would bring us to 9 categories.

Comment by Lois Easterday on February 2, 2010 at 11:46am
I think Lynn's most recent list is a great place to start. I can see where things might come up that wouldn't fit any of them, but I think these categories could get us going.

You need to be a member of Sociology Taskforce to add comments!