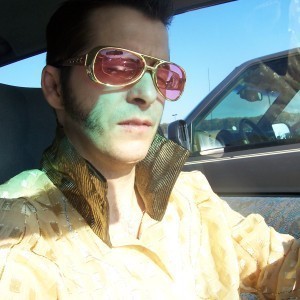 Dan Stasko has not received any gifts yet

Are you a member of MERLOT (www.merlot.org)?
Yes

If you are a MERLOT member please enter the link to your MERLOT profile here.
http://www.merlot.org/merlot/viewMember.htm?id=440078

Have you used a learning material from MERLOT in your teaching?
No

Examine, utilize, and interconvert the different measured quantities that are utilized in scientific measurements.

a) Student will interconvert one set of metric units to another using a calculator but without the use of tables 4 out 5 attempts for common metric units.

b)Student will identify what extrinsic property is being measured by a quantity and relative scale of the measurement, given a common metric unit 5 out of 6 times.

d)Given a conversion factors (such as a density), student will transform one quantity into another as well as further conversions as above in 5 out of 6 attempts.

a) Students will recall the name of an element given the symbol (or the symbol given the name for elements) with atomic number less than 30, the alkali metals, the alkali earth metals, the halogens, and the nobel gases and coinage metals, given a periodic table (that does not contain name information) in 8 out of 10 cases.

b) Student will list the number of protons, electrons, and valence electrons for an element, and given mass information determine the number of neutrons, using only a periodic table.

c) Students will correctly identify element symbol (in correct notation) from information related to protons, neutrons and electrons in 4 out of 5 cases.

d) Students will use periodic table to predict physical and chemical properties of an element in 4 out of 6 cases.

e) Students will arrange elements and ions by relative size, ability to be ionized, type of ionization, electron affinity and/or electronegativity for groups of elements or pairs of elements in 4 out 5 cases.

f) Students will be able to rationalize differences in relative size, ability to be ionized, type of ionization, electron affinity and/or electronegativity in a group of elements or a pair of elements in 2 out of 3 cases.

g) Students will identify, by name and formula, the common diatomic elements, the halogens, and the nobel gases.

Understand the basic electronic structure of atoms and show how this relates to the chemical properties of elements.

a) Students will list the complete and/or noble gas short-cut form of the ground state electronic structure and/or electronic configuration of an element or ion using only the periodic table in 4 out of 5 attempts.

b) Students will describe the three three major models of the atom (the rutherford, the bohr and quantum model)

d) Student will use the periodic table to predict the most likely ion formed for a given element in 5 out 5 cases.

Understand the basic forms of chemical bonding and the effect on the chemical and physical properties.

a) The student will predict, given a set of elements, whether it will form an ionic or covalent compound in 5 out of 6 cases

b) If an ionic compound is formed between two elements, students will predict the most likely balanced chemical formula of the compound in 4 out of 5 cases.

c) The student will be able to compare and contrast the two major forms of chemical bonding (ionic and covalent) including element composition, electronic nature, and physical properties.

Utilize the chemical names for ionic compounds. Predict the chemical compound(s) that would form between two given elements.

a) Given a name of a chemical compound, the student will provide the correct chemical formula (and vice versa) in 8 out of 10 cases.

b) For Binary-Nonmetal Compounds, name the compound given the formula (and vice versa) in 4 out of 5 cases.

a) Students will express a given, viable chemical reaction in the correct balanced form in 5 out of 5 cases.

b) Students will restate dalton's atomic theory in terms of balancing of chemical reactions.

d) Given a set of reactants, students will predict the likely products and balance the reaction for acid-base, combustion, and precipitation reactions in 5 out of 6 cases.

e) Student will use solubility rules to predict formation of solids and balance the resulting reactions in an ionic form, net ionic form, and/or molecular form in 3 out of 4 cases

Relate macroscopic quantities of chemical compounds and the number of atoms.

a) Students will calculate the mass percentage of elements in a compound given a formula in 3 out of 3 cases.

b) Students will use the mass percentage or mass of elements in a chemical sample to determine the empirical formula and/or molecular formula 3 out of 3 times.

c) Students will use measurable quantities (mass, volume etc) of pure compounds to determine the number of atoms and/or moles of material present (and vice versa)

Determine the mass of product formed from a given mass or amounts of starting materials in a chemical reaction.

a) Using the periodic table, students will determine the molecular weight of a compound from the formula in 5 out of 5 cases.

b) Students will interconvert mass, volume or other measured quantities of material into quantities of another material produced by a chemical transformation in 5 out of 6 cases.

c) Students will predict the amount of material formed in a given chemical reaction (including reactions that do not go to completion) and/or the amount of starting material required to achieve that amount in 5 out of 6 cases.

Relate the molecular quantities to macroscopic quantities and understand the role of the limiting reagent.

a) Students will, using given amounts of starting materials, identify which component limits the amount of product that can be formed  5 out of 5 times

b) Students will, using given non-stoichiometric amounts of starting materials, predict the amount of product that can be formed 4 out of 6 times.

Understand how gases behave in relation to changes in temperature, pressure and volume and the underlying molecular phenomena that give rise to deviations from ideal behavior.

a) Students will describe the relationships between the 4 measurable quantities of a gas (pressure, volume, temperature, and moles).

b) Given a set of measurable quantities for a gas, students will quantitatively calculate the remaining quantity using ideal gas laws 5 out of 6 times.

c) Given a change in a measurable quantity of a gas, students will predict the magnitude of that change on another measurable property of a gas 5 out of 5 times.

Relate dry quantities of chemicals to the amount of material dissolved in solution. Understand the process of dilution and utilize it to produce solutions with specific concentrations.

a) Students will use dry masses and volumes to calculate molarity, % mass, molality or if given a unit of concentration determine moles or mass of solute used to generate/are contained within such a solution 5 out of 5 times.

b) Students will calculate the amount of material that forms when different volumes and concentrations of solutions are mixed 3 out of 3 times.

c) Students will calculate the concentration or amount of materials that are left over in solution if different volumes and concentrations of solutions are mixed 3 out of 3 times.

d) Students will describe how to create a specific volume and concentration of a solution using dry ingredients or a stock solution 4 out of 5 times.

Understand the behavior of solutions and how they are different than pure liquids.

Examine the nature of the atom at the microscopic level and the effect of the quantum reality on the properties of materials.

a) Students will demonstrate the mathematical relationship between wavelength, energy and frequency of light.

b) Students will explain the the Pauli exclusion principle, Hunds rule and the Aufbau principle in relationship to assigning electrons to orbitals.

c) Students will explain the relationship between electronic structure and the arrangement of the periodic table.

d) Students will use quantum model of the atom to describe the population of orbitals with electrons, including the use of quantum numbers and description of orbitals.

e) Students will discuss the way classic physics experiments, such as atomic line spectra and rutherfords gold foil experiment, were used to elucidate the different models of atomic structure.

Begin to relate energy investment and the formation of chemical bonds.

a) Students will explain the relationship between heat and work in relationship to chemical reactions, the surroundings and the system.

b) Students will discuss work in relation to chemical reactions.

c) Students will calculate the specific heat, temperature change, heat, or molar enthalpy from typical calorimeter data 4 out of 5 times.

f) Students will use average bond energies to estimate the enthalpy change of a reaction.

a) Students will compare and contrast the two common models for covalent bonding, valence bond theory and molecular orbital theory.

b) Students will rationalize bond lengths in terms of both valence bond theory and molecular orbital theory.

c) Studnets will construct representations of the bonding in small organic or inorganic molecules using lewis dot strucutre 5 out of 5 times.

d) Students will use lewis dot structures to predict the electronic structure of a molecules, the molecular geometry (including bond angles) and classify the overall shape of the molecule.

f) Studnets will classify the relative polarity of a molecule and use the resulting intermolecular forces of attraction to estimate physical properties suchs as boiling point and dipole moment.

g) Students will use the intermolecular forces of a set of sompounds to predict/rank/rationalize solubility, boiling point or other physical properties