We’re a storytelling species. That’s how we evolved and for the longest time that was how we made sense of the world. We told stories around fires about how the world fit together, about why summer turned to winter and why the stars moved across the sky.

Nowadays we have other tools to explain the world, but that doesn’t make stories any less powerful. In fact, I’d like to argue that it makes them more so. Statistics for example, might be more accurate, more informative and more detailed, but what they are never is more engaging or more captivating than a good story. That means that you can use a story to drive home a point emotionally that you’ve already made clear intellectually and in the process give your students an anchor to hang the numbers from.

In television they use this technique to great effect. They’ll start you off with something exciting, show you an interesting character in a sticky situation and then just as everything goes wrong and you really want to know what’s going to happen next, they’ll shoot off to somewhere else, be it another character or some earlier point in time in the same character’s life.

They do this to get you interested and emotionally invested in the character and desperate to find out how the sticky situation is resolved. In order to get there, we’re often willing to sit through slower story-building elements that might not immediately be that intriguing but help create a full picture of what’s actually going on.

You can use the same strategy in your classes.

Find a story that will resonate with your class, perhaps about a scientist or historical figure struggling to find a solution. Take time to connect the character to your audience, so if for example you’re teaching high school students talk about:

Build up towards the crescendo, or cliff hanger, then pivot away to explain what you’re actually trying to teach. If they’ve become properly invested in the story, they’ll gladly pay attention to your explanations, as long as they see that it is in some way related to the problem your character is trying to solve.

Then, when your explanation is complete, return to the story and show how this knew knowledge led to them getting out of this sticky situation.

By the way, check the 15 Books With Cliffhanger Endings. Worth it. 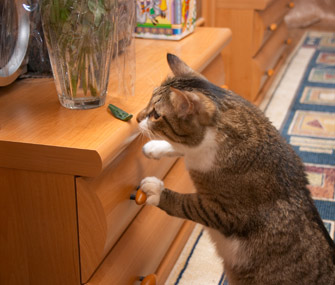 This strategy told me Anna James from EssayThinker writing service. Alternatively, you can tell the story at the end but foreshadow it at the beginning. This can be introduced with something like, “Stick through these initial points and I’m going to show you, something really cool!” From there you then go through the steps and build up towards where whatever you’ve been doing comes to fruition.

In a sense here your entire lesson becomes the story, as it builds towards whatever you’ve got planned at the end.

Of course this strategy will only work if you can actually do something really cool, as otherwise your students will soon enough switch off when you try this strategy. So then the question becomes, what’s cool?

Fortunately, that isn’t as hard to figure out today as it was a few years ago. All you’ve got to do is go onto Youtube and social media and look at what science experiments, demonstration or stories are generating the most excitements (generally by seeing which get the most views and comments). Then just copy what they did. Even better, ask the students what kind of stuff they’re watching, then you know even more specifically what they think is cool.

This will even allow you to reference back to something that was doing the rounds on social media and replicate it in class, which is sure to get their attention and their tongues wagging.

Use stories as a reward

A third strategy you can use, in case you find it difficult to connect a story to what you’re teaching that day, is to start off with promising to tell a story from when you were younger or when something happened in an earlier class, but make it clear that you have to get through the material first.

This works best if you have a one two combination. So if you’ve got two stories, one of them bigger than the other, tell the smaller story first, then start in on the second story but backtrack and say that you can’t tell them that story. If you’ve done it right, they’ll beg you to do so anyway.

At that point you can introduce a condition where you have to get through the day’s material first (“otherwise they’ll fire me!”), then in the end, if there is time, you’ll tell them the other story. Of course, don’t leave them hanging. Even if you do run out of time, promise them that you’ll start the next class with the story. Then you can play the same trick on them that time, with yet a third story up your sleeve that you can hint at when you’ve finished the second one.

Some great lines to hint at stories that you might have:

Your stories are tools to help your students retain their information. That means that it’s nice if they’re true but they don’t have to be. So don’t feel bad about stealing ideas from other people and making them your own. In that case, just be vague about who told it to you.

Or not. Make it your own and add a bit of mystique to your life, as that will certainly have people more interested in your class. Though in that case, just remember to keep your story straight! Otherwise, who knows what trouble you’ll get into?